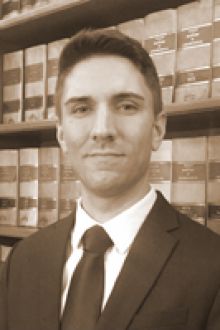 University of California, Hastings College of the Law (J.D., 2011)

Before joining B. Cremades y Asociados, Patrick litigated before state and federal courts in California and arbitrated under the U.S. Federal Arbitration Act and the California Arbitration Act. During this time, his practice spanned every stage of U.S. dispute resolution, including mediation, arbitration, jury trials and appeals. While in law school, Patrick spent a semester studying EU law at Leiden University, clerked for a constitutional law non-profit in Washington D.C. and competed for the top-ranked UC Hastings Moot Court team.

After practicing in California, Patrick moved to London to study international dispute resolution at Queen Mary University of London’s School of International Arbitration, earning his LL.M., with merit. While at Queen Mary, he focused on both commercial and investor-state arbitration and completed a dissertation concerning the jurisprudence of the Court of Arbitration for Sport with respect to international football disputes. He joined B. Cremades y Asociados in the summer of 2016.

Patrick is a dual citizen of the United States and the Republic of Ireland.

In addition, Patrick has been working pro bono in an attempt to recover a Nazi-looted painting (Rue Saint-Honoré, dans l’après-midi, Effet de pluie by Camille Pissarro) from the Thyssen-Bornemisza museum in Madrid, in hopes of returning it to the family from which it was stolen during WWII.