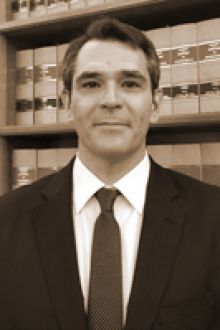 José María is a counsel of the firm B. Cremades y Asociados.

More than 16 years of professional experience.
Since the beginning of my professional career I have worked as a procedural lawyer managing legal proceedings at all levels of the State (Courts of First Instance, Commercial Courts, Provincial Courts, Superior Courts of Justice, Supreme Court and Constitutional Court) in civil/corporate and contentious-administrative proceedings.
In the last 10 years I have practiced as party counsel and as a secretary and/or assistant to the Arbitral Tribunal in national and international arbitration proceedings under the rules of CAM, ICC, ICSID, as well as ad hoc.

-Among the matters in which I have participated as counsel, I consider the following to be the most relevant:

Dispute under the ICSID Convention, in accordance with the Agreement for the Promotion and Protection of Investments on Investment disputes between a Spanish real estate group with a strong presence in Latin America and the United Mexican States.

International, ICC arbitration between a German company, with a branch in Spain, mainly dedicated to the development of tourist infrastructures and a German investment fund.

International, ICC arbitration between a Spanish multinational company in the private gaming sector and its founding partners.

Ad hoc corporate law arbitration regarding the exercise of a stock option on one of Europe's leading wine companies.

International, LCIA arbitration in Mexico between an engineering joint venture responsible for the construction of a combined cycle plant and the state-owned company in charge of controlling, generating, transmitting and marketing electric power.

Among the matters in which I have participated as secretary or assistant to the sole arbitrator or the chairman of the arbitral tribunal, I consider the following to be the most relevant:

Arbitration under the rules of the Madrid Court of Arbitration regarding the termination of a real estate joint venture in Cape Verde.


- I have also provided assistance in the following arbitrations:

“Ad hoc” domestic arbitration between a Spanish gas multinational and an electricity company from Spain and Latin America.

I have also participated as a legal advisor in various proceedings in support of arbitration: annulment proceedings:

Annulment proceedings of an arbitration award between a Spanish biodiesel production company and an Austrian company involved in the construction of waste treatment plants and other industrial processes.

- Before contentious-administrative courts: Acting as counsel in proceedings regarding regulated sectors (alternative energy sources), contentious-taxation, financial markets, urban planning, sanctioning and disciplinary law and fundamental rights (freedom of religion and worship and equality before the law).

Before the General Court of the European Union: Acting as counsel in appeals against decisions of the SRB and the Commission.