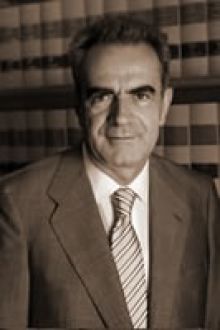 Bernardo M. Cremades’ practice is focused on international commercial arbitration and transnational investment disputes. He has acted as counsel, party-appointed arbitrator and president of arbitral tribunals in more than 370 arbitrations. His professional experience in the field of arbitration includes acting in proceedings under the auspices of all major international arbitration institutions, including the ICC, ICSID, AAA, CRCICA or LCIA as well as “ad hoc” arbitrations. He has particular experience in disputes relating to infrastructure, energy, and the regulation of foreign investment.

Bernardo M. Cremades is actively involved in DABs (Dispute Adjudication Boards) as an alternative means of dispute resolution in the construction field. In particular, he chaired a DAB regarding the construction of Barwa City, a substantial city construction project in the outskirts of Doha, Qatar. He was also the presiding member of a dispute board in Ecuador regarding a hydroelectric project and was a member of a dispute adjudication board concerning a technical dispute proceeding initiated by the Greek State. He was also recently the Chairman of a DAB in relation to a hydropower project in Egypt.

Bernardo M. Cremades is the leading Spanish international arbitration practitioner (“number one practitioner in Spain for commercial arbitration legal expertise” and “one of the top names in the industry”, Who’s Who legal). In 2018 he was named by Chambers as the best arbitration lawyer in Spain. Global Arbitration Review included him in 2016 in “Who is the Most Influential Arbitrator in the World?”

His international recognition includes Germany’s distinguished Verdienstkreuz award, and the French distinction of Chevalier de l’Ordre National du Mérite. In Spain, he has been awarded the Isabella the Catholic Cross, the Order of Civil Merit and the Grand Cross of the Order of San Raimundo de Peñafort for his contribution to the development of arbitration.

Bernardo M. Cremades is a member of many professional and international arbitration associations and institutions, and is a frequent speaker at conferences around the world.

- Representative Arbitration Experience
Bernardo M. Cremades has participated in more than 370 arbitrations. A representative selection of his recent cases includes the following:

B. Cremades y Asociados recognised as Leading Firm 2019 in the Legal500 ranking