An ICSID tribunal has thrown out an US$18 million claim against Albania brought by investors in the country’s scratchcard market.

Claim against Albania scratched out

An ICSID tribunal has thrown out an US$18 million claim against Albania brought by investors in the country’s scratchcard market. 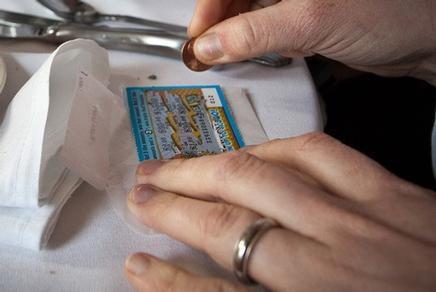 Eagle Games claimed Albania prevented it from issuing scratch cards (Credit: Andrew Malone)
In a decision dated 29 May, the panel concluded that it lacked jurisdiction over claims brought under the Albania-Italy bilateral investment treaty and Albania's 1993 law on foreign investment. The tribunal was chaired by US arbitrator Daniel M Price, sitting with Bernardo Cremades of Spain and Lebanese-French arbitrator Ibrahim Fadlallah.
Albanian company Eagle Games and Italy's Burimi SRL filed the claim in 2011. They accused Albania's finance and trade ministries and gambling commission of blocking the issuance of scratchcards, failing to create an entity to authorise the issuance of tickets, changing the regulatory framework governing the gambling market. These measures culminated in the revocation of Eagle Games’ permit in 2007.
The claimants sought damages for expropriation under the BIT and the 1993 law, as well as a breach of the minimum standard of treatment under the 1993 law.
The case hinged on the corporate structure of Eagle Games, which is 65 per cent owned by Ilir Burimi, a dual Italian-Albanian national, with a 35 per cent stake held by an Albanian national, Alma Leka.
The tribunal ruled it had no personal jurisdiction over Eagle Games’ claims, observing that the ICSID Convention requires a claimant to be a national of a contracting state other than the state party to the dispute, unless the parties have agreed to treat it as such because it is under "foreign control". Under the BIT, a domestic entity is foreign-controlled when a majority of its shares are owned by a foreign national.
The claimants argued that Burimi SRL effectively owned 100 per cent of Eagle Games’ shares because of financing and pledge agreements with Leka and because Ilir Burimi was acting as the Italian company's agent when he bought the majority stake.
But the panel held that the financing and pledge agreements with Leka did not constitute ownership of her stake; and that the claimants had not presented sufficient evidence that Ilir Burimi was acting as an agent.
Although the claimants did not plead the point, the panel also said Eagles Games could not establish jurisdiction by virtue of Ilir Burimi’s Italian citizenship. It would be “anomalous” to allow such a claim when the ICSID Convention bars claims by dual nationals under their own name (ICSID had asked Ilir Burimi to withdraw his claims from the original arbitration request for that reason).
The tribunal also held that it lacked subject-matter jurisdiction over Burimi SRL's claims because the Italian company did not have an investment in Eagle Games. The Italian company's financing and pledge agreements with Leka were "free-standing contracts" that existed independently from Eagle Games’ gambling business and the dispute at hand did not arise out of any government action affecting those agreements.
However, the panel rejected another objection by Albania – that it should pierce the corporate veil and consider Burimi SRL as an Albanian company on the basis of the citizenship of its majority shareholder. The panel said this argument "is based on a fundamental misunderstanding" of the foreign control provision in the ICSID Convention.
In light of its other findings, the panel said it did not have to decide Albania's final objection – that the claimants had failed to comply with requirements in the BIT and the 1993 law to make best efforts to negotiate an amicable settlement.
The panel awarded Albania US$93,000 for the costs of the proceeding and almost €349,000 for its legal fees, plus interest.
The tribunal notes in the award that the claimants' pleadings were submitted in Italian, which is not an official language of ICSID, and that the English translations provided "often bordered on incomprehensible". The panel said it appeared that a web-based translation service had been used instead of a professional translator, and that the "poor quality" of the English-language pleadings made its job harder.
Albania was advised by Paris boutique Derains & Gharavi, with partner Hamid Gharavi acting as lead counsel. Gharavi says that this is his seventh win before an ICSID tribunal and his second win at the centre for Albania. He successfully defended the state against a claim brought by Greek road construction company Pantechniki in 2009.
Gharavi tells GAR: “Burimi and Eagle gambled by advancing audacious jurisdictional grounds and lost.”
Albania recently defeated a US$1 billion UNCITRAL claim by the US's Sky Petroleum under a production sharing contract. Last month, Czech electricity distributor CEZ also lodged a claim against Albania under the Energy Charter Treaty.
Burimi SRL and Eagle Games SH.A v. Republic of Albania (ICSID Case No. ARB/11/18)
Tribunal
Counsel to Burimi SRL and Eagle Games
Patrizia Di Nunno, attorney-at-law, Bresica, Italy
Counsel to Albania
Partner Hamid Gharavi assisted by associate Sophia von Dewall in Paris